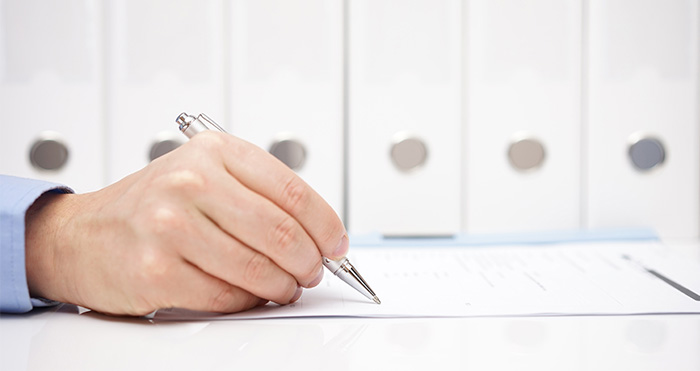 The Bill of Lading has long played an important role in International Trade.

Initially developed during medieval times when trade between countries and regions began expand, merchants needed a system in order to note the condition of goods at the time of loading, and to certify when and where the goods were loaded.

With the growth of trade and mercantilism, these receipts began to be used as the title of goods, and evolved into the modern Bill of Lading used in trade today.

What Is A Bill Of Lading And What Is Its Purpose?

In quoting Adam Smith, Scottish philosopher and Father of Modern Economics, he said "Every Man lives by exchanging."

The Bill of Lading is how past and modern traders document their exchanges, and it is one of the most important documents in our modern day supply chain.

So Why Is A Bill Of Lading So Important?

The Bill of Lading is the contract of carriage, in other words it embodies the agreement between the carrier and the shipper on movement and delivery of goods.

It can indicate the terms of sale by listing the Incoterms:

Why Is A Bill Of Lading Important?

What Information Must Be Listed On The Bill Of Lading?

For Customs purposes, some of the important details include:

It is important to accurately represent the goods and the condition of the goods loaded on-board.

What Happens If The Bill Of Lading Is Inaccurate?

If the goods and condition are inaccurately listed it could leave the carrier exposed to claims.

If the Bill of Lading indicates that the goods were loaded in good order and condition, but the consignee receives the goods at the point of discharge and the shipment is incomplete or in damaged condition, the consignee is then entitled to make a claim for the missing and/or damaged goods against the carrier.

This is not a good spot for the carrier to be in, which is why it is important that the load and the information listed on the Bill of Lading match.

The Bill of Lading is one of the most vital documents associated with trade, yet due to its abiding presence it is often the document that is the most over looked.

As a contributing member in the supply chain, whether you are a carrier or the consignee, protect yourself and make sure that the Bill of Lading issued is accurately completed.

As the carrier this important step will help to safeguard you against unjust claims, and as the importer or consignee it will help to ensure your get what you paid for.

If you have any questions, or any other cross-border transportation matters, please do not hesitate to contact our Carrier Relations Liaison at 855.542.6644 or via email at carrierhelpdesk@pcb.ca.

Breanna has been in the industry since 2004 and has dealt with clearances and compliance concerns for a multitude of commodities for all ports of entry and all modes of transportation. She has a Bachelors in Communications, Bachelors in Political Science & Government, is a Licensed Customs Broker as well as Certified Customs Specialist. Breanna has been asked to be the speaker in a variety of events including the BC Agriculture Show, Doing Business in the US seminar and has been a contributor to Small Business BC publications. She was recently nominated for the NCBFAA Government Affairs Conference Emerging Leaders and Mentors by the NBCBA. She participates in the Northern Border Customs Brokers Association and the NCBFAA annual conferences in Washington, DC. Breanna has a deep passion for politics, global affairs, and how communication shapes policy and international business relationships. She feels very fortunate to work in an industry that allows her to take part in how policy impacts the global economy and domestic businesses of all shapes and sizes.

Author's Posts
The Importance Of A Bill Of Lading | Part 2
While we strive for accuracy in all our communications, as the Importer of Record it is incumbent upon your company to ensure that you are aware of the requirements under the new regulations so that you maintain compliance as always.