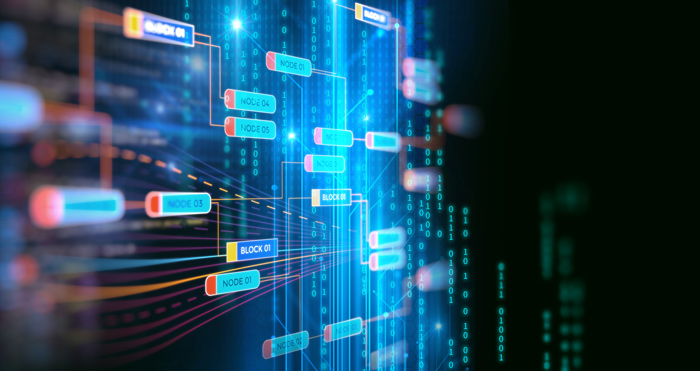 “Some scholars have argued that the invention of double-entry bookkeeping enabled the rise of capitalism and the nation-state. This new digital ledger of economic transactions can be programmed to record virtually everything of value and importance to humankind: birth and death certificates, marriage licenses, deeds and titles of ownership, educational degrees, financial accounts, medical procedures, insurance claims, votes, provenance of food, and anything else that can be expressed in code.” Don and Alex Tapscott, Blockchain Revolution.

What Is An Original Bill Of Lading?

A blockchain is a decentralized distributed ledger (public or private) that contains transactions. It was developed in 2008 by a person or group of people known as Natoshi Sakamoto to support the exchange of Bitcoin. It is permanent, and most importantly, unhackable. Blockchain has been called the new network of trust. It allows peer to peer transactions without the need for a third party to verify the data. Blockchain can either be public where everyone has access to view the block, or private where only individuals with private ‘keys’ can access the block of data.

Once a block has been created, a decentralized computer network known as nodes will compute a unique hash. The hash is an alphanumeric record of the individual block. The hash of a previous block is referenced in the next block, thus creating the chain. If someone tried to change the hash, it will be detected in all previous blocks and be rejected, thus making a block permanent.

What is interesting is a block can contain the elements of a contract in digital form, known as a smart contract. The smart contract allows parties to conduct business based on negotiated terms into a time stamped digital format.

Tech companies have created platforms allowing users to create smart contracts within the blockchain. Blocks can be made private to ensure only parties with access to the block can access the data. Smart contracts require parties to first verify the date before a hash can be created. Imagine a time when the elements of the bill of lading are loaded into a smart contract, and the shipper, supplier, carrier, terminal, customs and others verify the data in the block before it is finalized. Once finalized and the hash is created, the data cannot be changed or hacked. By using a cryptocurrency, the consignee can ‘pay’ the shipper as the contractual elements are met and timestamped.

If you need assistance with any of your freight forwarding please give us a call and our experienced freight forwarders can help you get your goods where they need to go.